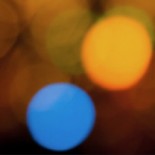 Sundhöll Reykjavíkur a.k.a The Reykjavík Swimming Palace is the center of documentary The Palace, directed by Héðinn Halldórsson and Steindór Gunnar Steindórsson. An architectural landmark in Reykjavík, the swimming poll was designed by once Iceland´s state architect Guðjón Samúelsson (his other works include the National Theatre and Hallgríms Church) and inaugurated in 1937.

The swimming pool plays an important role in the life of it´s regulars who visit the pool for their daily swim and to discuss life and politics in the hot tubs. The storytellers in the documentary are some of the regulars and the staff at the Palace. One of them is Kjartan an 84-year-old man who lives alone across the street from the pool. Kjartan wakes up every morning at 6am for his daily swim. Almost blind and hard of hearing, Kjartan says that the swimming and the companionship he finds at the pool gets him out of bed in the morning and keeps him going.

The doc was shot during in 2009 and 2010. According to Halldórsson and Stendórsson, the making of the documentary was a race against time because they wanted to capture the atmosphere at the Palace while some of it´s oldest regulars were still alive. Focusing on the daily routine and the colourful characters that frequent the pool, the documentary captures the atmosphere of the building. It documents an era that is coming to an end and pays tribute to disappearing generations.

The documentary premiered at Reykjavík International Film Festival in 2010. It was nominated for The Edda awards, the Icelandic Film & TV academy awards, for best documentary in 2010. It was also nominated for best documentary at Nordic Film Days in Lübeck 2011. The Palace will be screened at RÚV, Icelandic Broadcasting Service, Sunday 19th of February at 21:15. Unfortunately, the doc is not available on DVD or VoD at the moment but Docs & Film Festivals will inform when that changes.

The photos with this post are PR stills from the film.